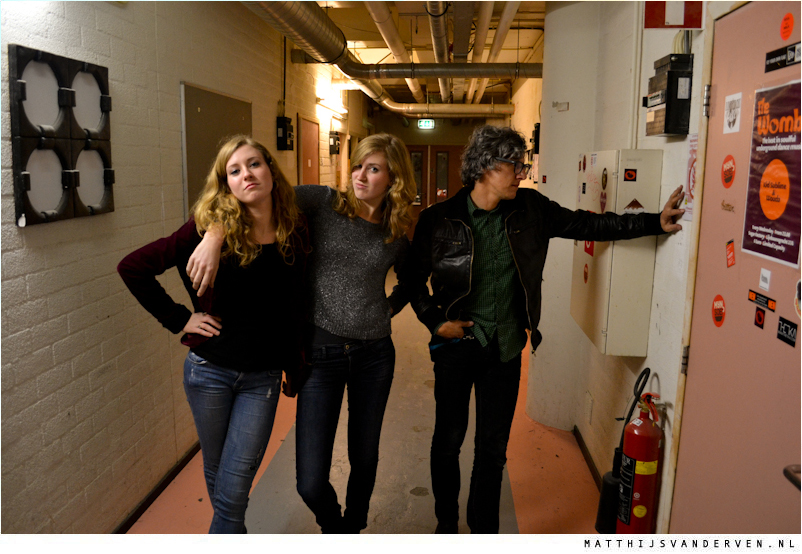 Next week the debut album of Clean Pete will be released on Excelsior Recordings. The twin sisters Renee and Loes Wijnhoven have teamed up with Anne Soldaat, who’s also produced the album and recorded this session. This is the first session in which the artist who’s being covered is actually playing along.

Even though the covers in this session have English lyrics, the Wijnhoven sisters themselves write and sing their own songs on Al Zeg Ik Het Zelf in Dutch. As you’ll hear in the third – original – song and album opener Hout Van Jou. I took some time in 2013 watching whatever videos came up on YouTube of the duo, because as you might know I only film session with acts that I really like, and I like to get to know their music before I film anyone.

Watching those videos made me very curious as to what they would cover in a session. There’s something about how their two voices blend together and somehow listening to their record makes me feel good. Of course it doesn’t hurt to have Soldaat playing guitar and drums on your record, although Loes Wijnhoven’s singing and her sister Renee’s cello playing combined with their direct lyrics are already strong enough on their own.

It’s nice to hear Soldaat’s song Born To Perform covered, since it’s one of my favourite songs of his. I must have heard it over a thousand times, not in the least bit because I made a music video for it some years ago, featuring (then Deputy Prime Minister) Wouter Bos, top comedian Youp van ‘t Hek and a lot of Dutch musicians and other nice folk.

Enough about that. Let’s finish with this comment by Jason Falkner (watch his session here) who mastered the album without understanding a word they sing. “Anne Soldaat emailed to ask me if I would be interested in mixing a record he just finished producing. He told me the project was twin sisters but explained little else about it which is fine with me as I prefer letting the music make the first impression. As I started mixing I was struck with the beautifully intimate quality of the recordings and the almost conversational nature of Renee and Loes vocal interplay.”

Born To Perform (Anne Soldaat, In Another Life, 2009)
YouTube (music video made by me!) | iTunes | Spotify