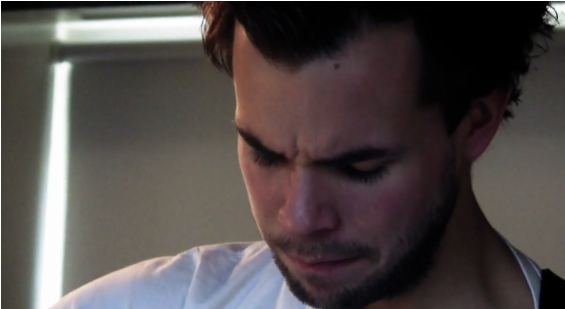 This guy is something special. Everytime he picks up his guitar and starts singing, all things around you tend to stop happening. He released an amazing EP last year and will be working on his debut album in 2011. This session with Case Mayfield is the first one ever to be recorded in my livingroom. Don’t mind the mess.

Case Mayfield is the musician who should’ve won the Grote Prijs van Nederland in December and who rightfully got the public’s award at the same band contest. He’s the musician who on national television told a TV-host his mother ‘pooped’ him out on a field in may, hence the name ‘Mayfield’. He’s the musician that will always do something completely different than expected, just for the fun of it.

At my request though, he played his cover of Ray Lamontagne’s ‘Burn’, which is one of my favourites and I think one of the best covers I’ve heard in a while. To honour his ‘roots’, he also covered the song ‘Lea’ by the group from Volendam, The Cats.