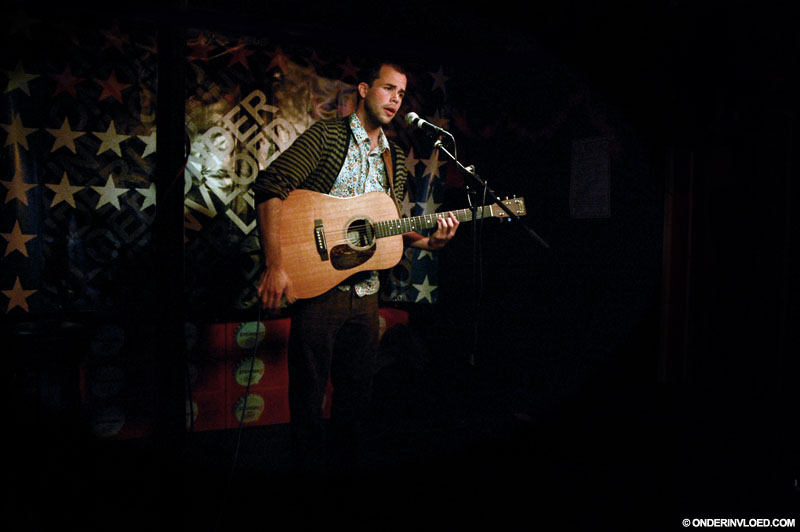 The first person to get me hooked to Ray LaMontagne was mister Davie Lawson who told about a live show he attended. I’ve been addicted ever since and have got tickets to see LaMontagne play in Utrecht next February, but to make the wait a little easier, I’ve got you a superb cover version of ‘Burn’ by the talented Dutch singer Case Mayfield.

Case Mayfield lives in Amsterdam and has just released a very promising EP with my personal favourites ‘Where To Throw The Stone’ and ‘Alright Louise’ on it. Well worth your money. Also, he’s one of the finalists of the biggest Dutch band contest ‘De Grote Prijs van Nederland’. From personal experience, I know how good it feels to win the public’s prize, imagine how it would feel if you would actually get to see some of that money…

So, I don’t do this often, but mister Mayfield is just the person who needs a little push in the right direction, and who would not want to help such a modest but talented man? You can help by using every single one of the email accounts you own to vote for him. Trust me, it doesn’t cost you anything apart for two minutes of your time. And as a thank you for voting, Case has two tracks up for free download at Bandcamp.

Still not convinced? Watch these videos and you might just be. The guitar is a little bit soft on these videos, but well, you get to hear his voice even better…

WHERE TO THROW THE STONE